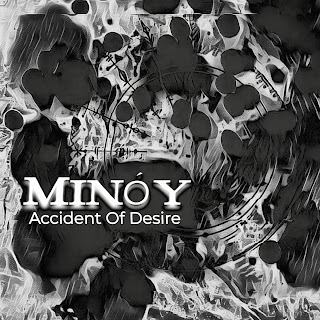 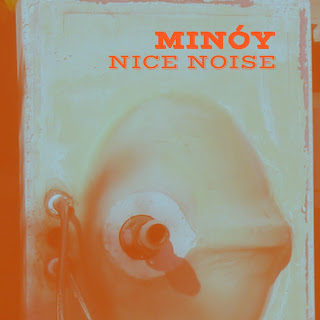 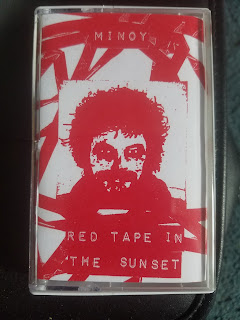 In May the Easy Listening label, run by Knox Mitchell, released "Red Tape In The Sunset" by Minóy from 1991/92 in a cassette edition of 30 copies. This release is sold out. (photo by Ron Daily)
1 comment
Read more

The " AUDIOSPHERE: Social Experimental Audio, Pre-and Post-Internet " exhibit, curated by Francisco López, to be held at Museo Reina Sofia earlier this year has been rescheduled. The audio exhibit will will now be on view from October 14th, 2020 to January 11th, 2021 (and in order to provide the best visiting conditions safety measures will be reinforced).  Chosen for the exhibition: "The Conditions of Postmodern Male Bonding" by Minóy from 1986. AUDIOSPHERE is a very unusual and ambitious exhibition that will feature the work of hundreds of audio artists working in the realms of experimental music, sound art, noise, etc., with a particular dedicated focus on the independent / underground / DIY / social / non-academic; both pre- and post-internet. The main aim with this show is to try to fill a historical and cultural vacuum by supporting and presenting the work of the large worldwide community of independent/underground audio creators who are dramatically under-rep
Post a Comment
Read more 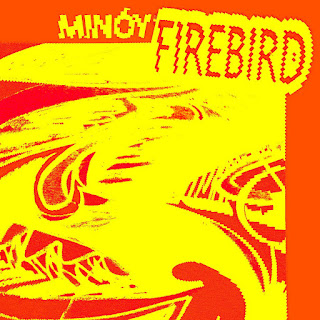 REVIEW - In Search Of Tarkovsky 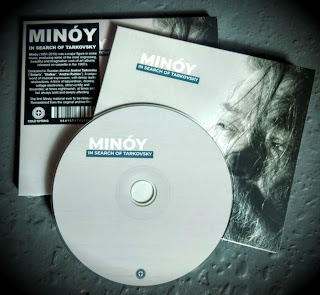 From Vital Weekly (Issue 1225) "From the 80s onwards Minoy (also known as Stanley Keith Bowsza) produced an endless stream of cassette release, on his Minoy Cassetteworks label, but also Harsh Reality, Nihilistic, SJ Organisation, Sound Of Pig and many others. Look at Discogs and you get a glimpse of that vibrant network. I believe the Minoy archive is handled by PBK and out of many works, Cold Spring Records selected 'In Search Of Tarkovsky' to be released on CD. I have to confess that despite being around in the 80s and part of that cassette network, I missed out on most of the Minoy releases back then. I don't think we were in contact. Minoy recorded the music here right after Tarkovsky died and listening to the music it is easy to see why Minoy liked the director (and no doubt some of the inspiring soundtracks). Minoy uses radio sounds, reverb, delay pedals and no doubt some kind of synthesizer and in true 80s fashion it is one piece per C60 cassette, so this CD
Post a Comment
Read more 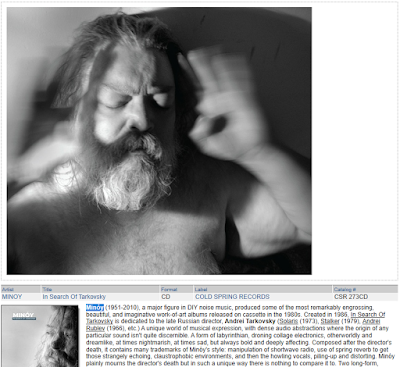 The Minóy CD, "In Search Of Tarkovsky", will be released on the great UK label Cold Spring on March 13. Good news for U.S. fans who want to avoid high shipping costs from overseas, Forced Exposure will be carrying the release stateside. It won't be available in the U.S. till March 27th but you can secure your copy now by pre-order at the link below: https://www.forcedexposure.com/Artists/MINOY.html
Post a Comment
Read more
More posts